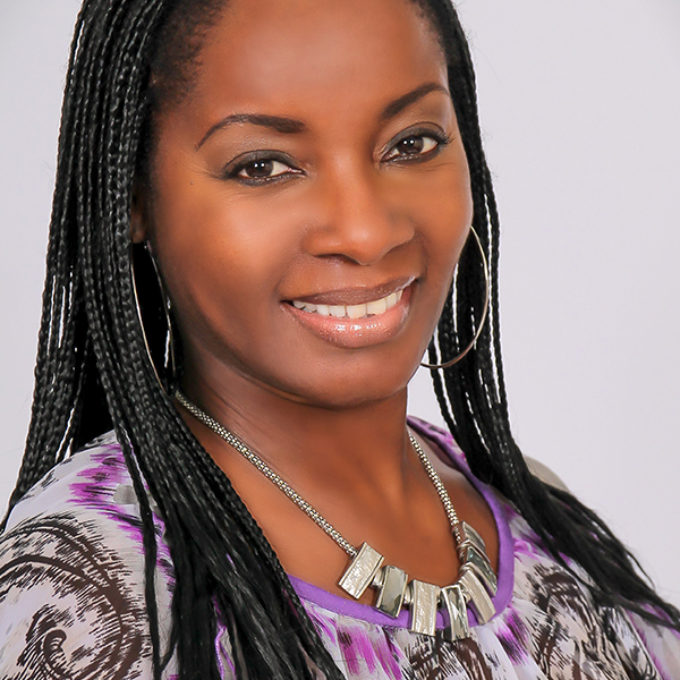 Rev. Stephanie Butler Adams is the Executive Director of The Long Beach Unity Festival, a non-profit 501-c3 organization, which she manages together with her husband, Stephen Adams (President & CEO). She is also an ordained Itinerant Elder in the 5th Episcopal District of the AME Church, California.

She holds dual undergraduate degrees in Journalism (B.S.) & Dance (B.A.) from the University of Maryland, post graduate (M.A.Th.) in Theology from the United Theological College of the West Indies, and Certification from the University of Southern CA Cecil Murray Center for Religion and Civic Engagement. Prior to her transition from professional dance performance and corporate consulting in Quality Assurance for Fortune 500 companies to full-time missions ministry, Stephanie sat under the tutelage of some of the best choreographers, dancers, movement analysts, and institutions across the nations including the Martha Graham School of Contemporary Dance (NYC), Alvin Ailey American Dance Theatre (NYC), Kei Ta-kei & Moving Earth (Japan), Improvisations Unlimited (Washington, DC), the Laban Institute of Movement (NYC), among others.

Rev. Stephanie is the Founding Director and CEO of Spirit of Praise Sacred Artistry International, the International Director of Liturgical Dance for the AME Church under the directive of the Music & Christian Arts Ministry (MCAM), and creator/producer of The Dancer In Me Annual Sacred Arts & Music Training Institute. In each role, she creates technically sound, biblically-based curriculum models for dance and performing arts. For nearly two decades, her ministry and mission work has been recognized worldwide spanning Africa, Asia, Europe, North and South America, and extensively throughout the Caribbean for her in-depth teaching on choreography, dance theology, Arts-evangelism, liturgical worship, cross-cultural outreach ministry, and the preached Word.

She has written and published three books. Her first book, My Body is the Temple: Encounters and Revelations of Sacred Dance & Artistry published in 2002 is a best seller in the category of Christian Arts. Her second published work is entitled, Breathe, Balance, and STRETCH: Movement Meditations & Daily Devotionals for Living, (Xulon Press Publications, July 2006) has been integrated into various rehabilitation programs for the treatment of depression, weight management, substance dependency, and support for cancer patients. Her latest work is a delightful children’s book entitled, “The Dancer in Me” also published by Xulon Press (2015).

Stephanie’s other major accomplishments and commendations include the 2011 Global Missions Award
(International Women’s Missionary Society of the AMEC-Florida), Guest Presenter at the World Conference Against Racism (Barbados – 2001), the United Nations NGO Women’s Conference (New York, 1999), and numerous print media articles. To date, Rev. Stephanie is the longest-serving African American female minister from the AME Church to serve in a full-time international missions capacity outside of the United States (1998-2009). While in the 16th District, Rev. Stephanie carved out roles based on the region’s immediate needs which ranged from Dean of Women, Missions Liaison, Episcopal Administrator, Pastor, Board of Examiners Instructor, Interim Presiding Elder, and more. Her story appears in the book, “UNASHAMED: A Global Faith Formation Window to Contemporary Missionaries”, by Cecelia Williams-Bryant. Together, Stephanie and her husband Stephen Adams were nominated for the Gordon Lentzner Humanitarian Award through the California Conference for Equality and Justice (CCEJ) for outstanding work in the areas of community engagement and the Arts. In 2017, Rev. Adams was selected as a Contributing Writer for the Christian Recorder, the official news source in African Methodism which is available in print to local communities, 39 countries on five continents, and a robust on-line presence.

Stephanie is actively involved in the choreography and program implementation of healthy lifestyle initiatives for the Faith in Action Fitness Campaigns in local churches and agencies across the cities of L.A., Pasadena, Irvine, and Long Beach. Although she is an ordained Itinerant Elder, Stephanie remains close to her roots with the Women’s Missionary Society of the AMEC, annually lending her choreographic expertise in training 30 plus inter-generational missionaries to dance during the Southern California Conference AMEC’s “Witness Night” Celebration. Her after school arts enrichment program, “Sky Kids Creative Arts in Action” is currently in residence at 8 elementary schools across the Long Beach Unified School District to more than 300 children ages 6-12, and two underserved communities in Long Beach. She is an Assistant Minister on staff with Christ Our Redeemer (COR) AME Church, Irvine CA and has served as COR’s Director of Liturgical Dance & Worship Arts for the past 7 years.